Christmas Around The World - New Zealand - The British Hamper Company

Christmas Around The World - New Zealand

We say goodbye to the people of Netherlands celebrating Christmas, and head south-easterly to travel halfway around the world for 18,536km to New Zealand.

New Zealand is located in the southwest Pacific Ocean, very close to the international dateline and is one of the first countries to see the sun rise each day. This also means they are the first to see in the new year too!

With a population of a little over 4 million people and more than 40 million sheep, it's clear to see that New Zealand is big on agriculture and their stunning landscapes are, well... stunning! And since Lord of the Rings was filmed there, it's on a lot people's bucket lists to visit.

It's a land and population of firsts - first person to climb Mount Everest, first person to split the atom, first country to win the Rugby World Cup and there's many more achievements and records where they came from.

So, how do they celebrate Christmas in New Zealand?

They celebrate Christmas on 25th December in New Zealand.

Whilst almost half of the population are not affiliated with any religions (as of 2018), the main religion of New Zealand is Christianity.

In the big cities there are massive Christmas light displays and light shows. Many people will have a Christmas Tree decorated like an American/English Christmas tree with light, baubles, and other Christmas ornaments. A different kind of tree called Pōhutukawa is also popular at Christmas time in New Zealand. It can grow to be very large and grows bright red flowers which are also popular decorations on their own and are often depicted on Christmas cards. 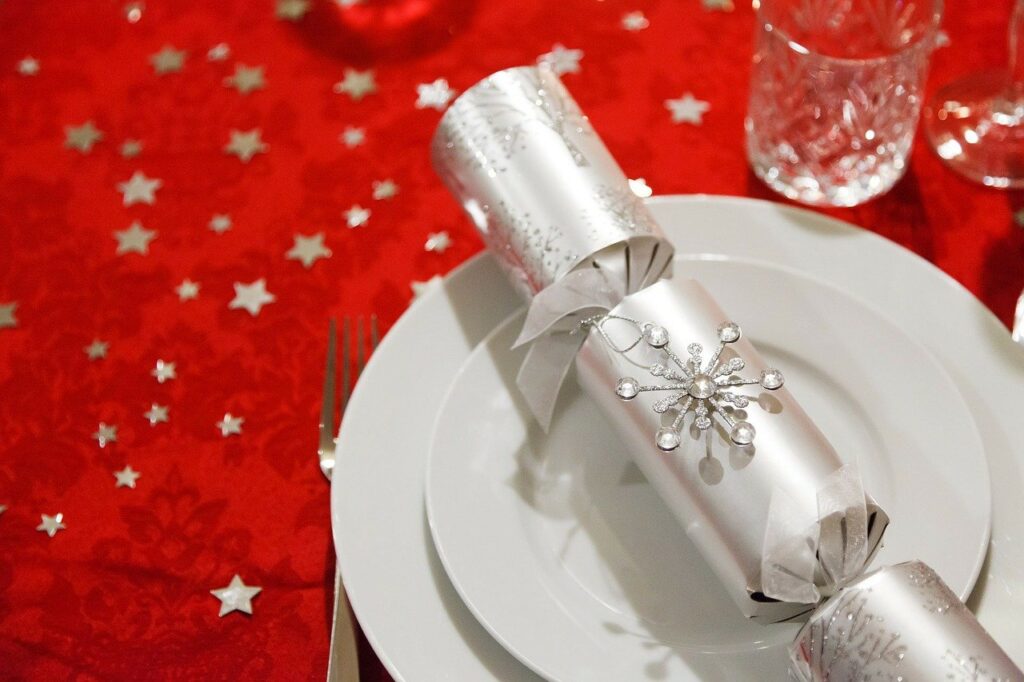 Image by PublicDomainPictures from Pixabay

Since Christmas falls in the middle of New Zealand’s summer, many people like to go to the beach or spend time at their holiday home (Baches). A lot of towns will have their own Santa Parade (anytime from mid November onwards) where decorated floats made by local businesses and churches, marching bands, and others will parade through the streets. Santa is often portrayed wearing ‘jandals’ which are New Zealand sandals and might even wear a New Zealand ‘All Blacks’ rugby shirt.

On Christmas Eve, children may leave out a beer and some pineapple for Santa, and a carrot for his reindeer. Carol services are popular throughout the country. People will send Christmas cards to each other. Christmas crackers are popular at Christmas meal times. People will open their Christmas presents on Christmas morning or when all the family gets together before Christmas lunch. On Boxing Day, there are Boxing Day sales so people will either go shopping or just spend time with family.

Having a barbeque for the main meal (lunch on Christmas Day) is becoming increasingly popular. Meats such as ham and venison are popular and shrimp and fish are also barbequed. Deserts such as; hot fruit pudding with custard and ice cream, pavlova and whipped cream, meringues, fruit salad, jelly and ice cream, are all popular as well as Christmas pudding, Christmas fruit cake, and mince pies. Drinks are both soft drinks and alcoholic.

In the middle of June (which is mid-winter), many people in New Zealand will have a ‘mid-winter Christmas meal’. This tends to be a more English-style Christmas dinner with dishes such as; roast chicken, cold ham, hot roast vegetables, such as potatoes and pumpkin, and peas. These ‘Christmas’ meals are especially popular with clubs and businesses.