Christmas Around The World - Israel - The British Hamper Company

Christmas Around The World - Israel

We leave Christmas in Ireland to travel Southeast for 4,235km to Israel.

Israel is known as the biblical Holy Land by Jews, Christians and Muslims and has a population of over 8.8 million people.

Situated in the Middle East, Israel is a small country (just 22,145 square km), the landscape is very diverse with highlands, coastal plains and desert.

Israel has one of the highest life expectancies in the world at 82 years.

The Israelis eat more ice cream per person that they do in Italy and there's even a shop in Jaffa where you can buy hummus flavoured ice cream!

So, how do they celebrate Christmas in Israel?

Christmas is celebrated on 25th December in Israel.

Israel is predominantly Jewish, with just 2.5% of the population being Christian. Christmas is therefore not a public holiday (except for in towns like Nazareth where many Christians live).

There aren’t really any decorations anywhere expect tourist areas and churches. The streets of Nazareth, where most Christians in Israel live, are decorated with Christmas lights and there’s a large Christmas Tree (outside the Greek Orthodox Church of the Annunciation) that’s lit on the 1st December. Shops in Nazareth are also decorated with lights and trees. Jerusalem also has a big Christmas Tree with a tree lighting event on November 25th, and so does Jaffa and HaTachana. 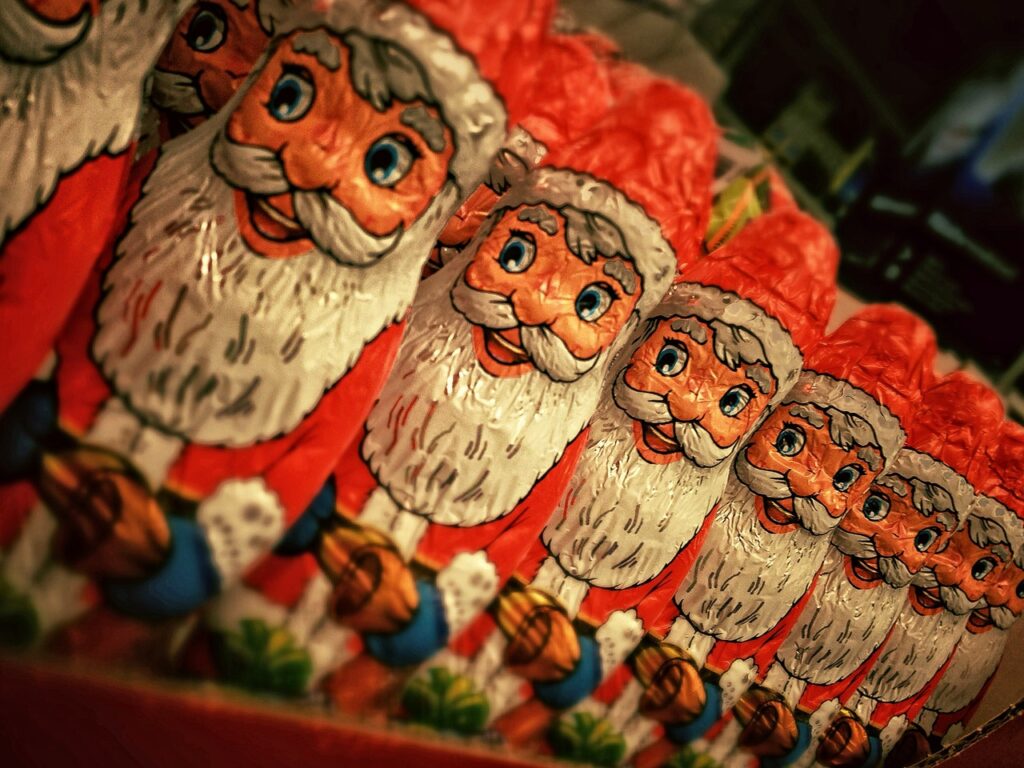 Photo by Pixabay from Pexels

Many Churches will hold Christmas services and carol concerts. The YMCA in Jerusalem holds a big Christmas Bazaar and a popular carol concert and singalong on Christmas Eve. There are outdoor markets in Nazareth that sell traditional Christmas goodies, gifts, and decorations that celebrate both Christmas and Hanukah, along with a Christmas parade on December 23rd that ends at the Church of Annunciation which is followed by a firework display and the Midnight Mass service on Christmas Eve. This parade represents the journey of Mary and Joseph and many Christians as well as some Jews take part.

Jerusalem has similar festivities to Nazareth with a market, a Midnight mass and other services, and carol singing. Galilee holds a winter festival from December 19th – 21st which has both culinary and artistic workshops, a concert, group-singing, storytelling evenings, music shows, festive dinners, Christmas tours, and a Christmas run.

Barbequed meat is very popular at Christmas time, especially lamb chops and kebabs, pork chops, and chicken steaks. A variety of salads, bread, rice, mushrooms and French fries are common sides to go along with the meat. Kubba is also very popular which is fried meat and rice patties along with a selection of savoury pastries. A popular treat at Christmas time are chocolate Santas.

Our next destination looks at Christmas in Italy.