Christmas Around The World - Indonesia - The British Hamper Company

Christmas Around The World - Indonesia

We say farewell to Christmas in India and head southeast for 4484 km to Indonesia.

Made up of more than 17,500 islands (although that number seems to be in dispute!), Indonesia is part of the Malay Archipelago which stretches over 5,000km. The islands include 139 volcanoes and due to the position of the islands on the tectonic plates (part of the Pacific Rim 'Ring of Fire'), it's a very unstable region with frequent earthquakes.

It's the world's shortest country - the average height of male Indonesians is just 1.58m.

As a string of islands, it's not surprising to hear that it has a lot of coastline - 54,716km in fact!

Indonesia's flag is very similar to and often mixed up with Poland's and Monaco's flags.

So, how do they celebrate Christmas in Indonesia?

Christmas is celebrated on 25th December in Indonesia.

The major religion in Indonesia is Islam. Around 28.6 million people (10% of the population) practice Christianity with a mix of Roman Catholic and Protestant.

People make nativity scene for their churches. Artificial Christmas Trees are popular, as well as Christmas Trees made from chicken feathers that are made on Bali. Most shopping centres in the big cities have huge Christmas Trees decorated with colourful decorations from early December. The most common tree decorations are wreaths, bells, ribbons, garlands, and lights. 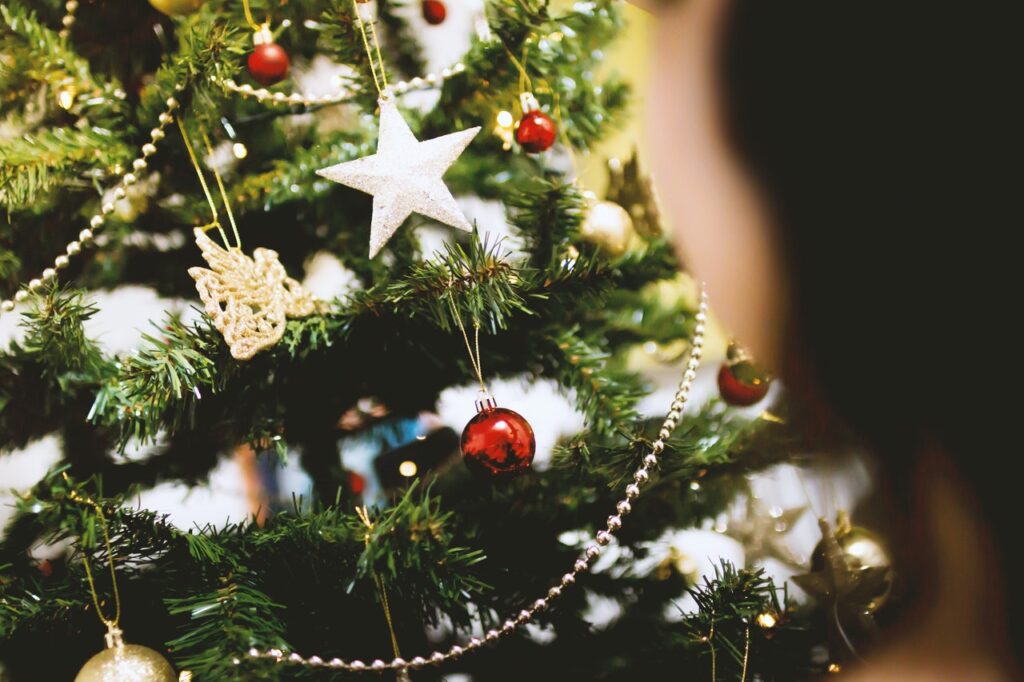 Photo by JÉSHOOTS from Pexels

Going to church services on Christmas Eve and Christmas Day are common practice for Christians in Indonesia. There’s usually a nativity drama performance during the Christmas service.

Indonesian Christmas carols are sung by choirs in Church on Christmas Eve during the candle-light service when people think about the Christmas story (these are usually Indonesian versions of carols like ‘Silent Night’ and ‘O Holy Night’).

Christmas themed musical concerts are broadcast on most Indonesian TV channels. The Home Alone series is also broadcast during the Christmas period.

Santa Claus is known as ‘Sinterklass’ and he’s supposed to bring presents to children on Christmas Day. Exchanging gifts at Christmas time is a common practice. Bamboo firecrackers are set off in Flores when Christmas arrives and these can be heard from miles away. In the city of Yogyakarta there’s a shadow puppet performance which tells the story of the birth of Jesus. Families get together to eat and celebrate, sharing stories and visiting the graves of relatives who have passed away. Cultural festivals are held in many places on Christmas Day which involve traditional musical performances, dancing and food stalls. These festivals always end with spectacular firework shows.

Cookies like ‘Nastar’ (butter cookie with pineapple jam filling), ‘Kastengel’ (cheese cookies) and ‘Putri Salju’ (butter cookie covered with powdered sugar and cheese) are all very popular Christmas-time treats. In North Sumatra, the meat of an animal sacrifice (usually an ox, pig, or a buffalo) is shared among the community to symbolise togetherness. People in Papua prepare a pork meal together. Many other people will eat out at restaurants for their main meal on Christmas Eve.

Our next destination looks at how Christmas is celebrated in Ireland.