Christmas Around The World - Denmark - The British Hamper Company

Christmas Around The World - Denmark

In our previous blog, we looked at how Christmas was celebrated in the Democratic Republic of the Congo.

Today we find ourselves back in Europe to look at how Denmark celebrates Christmas.

Denmark has been named one the happiest countries in the world on many occasions and still finds itself in the top two in a recent study about world happiness (second only to Finland).

The 'Dannebrog' (Danish Flag) dates back to 1219 and remains the oldest state flag in the world that is still being used by an independent nation.

Cycling is huge in Denmark, helped by the fact that there are no mountains, meaning a bike ride will slightly undulate rather than having huge hills to climb.

Christmas is celebrated from the 1st November through to the 25th December. There is also a celebration on the 13th December - St Lucia's Day (although this is much more popular with Denmark's neighbours Sweden).

The official religion of Denmark is Evangelical Lutheran which has a following of around 85% of the danish population. 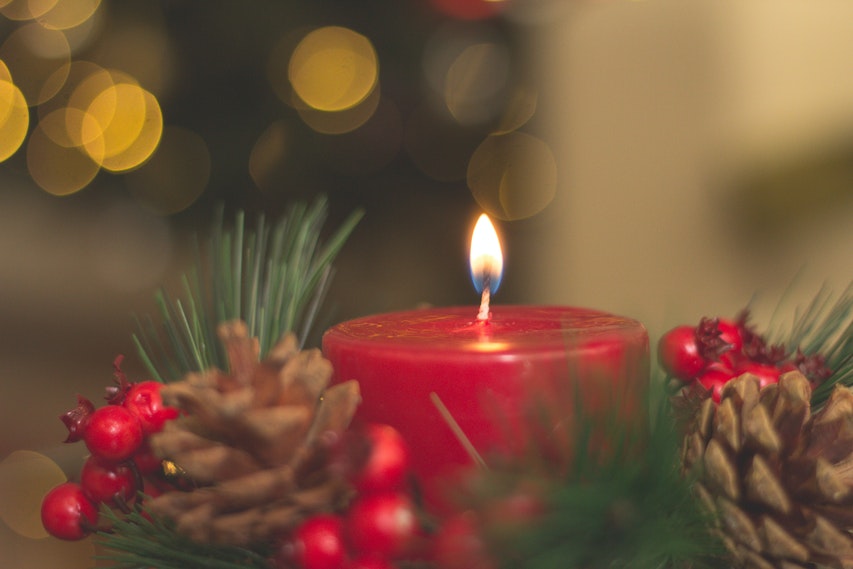 Most people will have a 'Kalenderlys' (Advent candle) and a 'Pakkekalender' (gift calendar) which is a calendar for children that contains 24 small gifts for the lead up to Christmas.

Christmas trees are popular, decorated with lights that are turned on after the main Christmas meal. You usually find a star on top of the tree in either silver or gold, and silver 'fairy hair' decorates the tree.

People give and receive Advent presents on the four Sundays of Advent.

Julekalender (Christmas calendar) is a TV show with 24 episodes leading up to Christmas. The two main TV channels in Denmark show different versions but the plot line is usually along the lines of someone trying to ruin Christmas and the main characters saving it.

These channels also make paper calendars to go along with the show with the sale proceeds going to children's charities.

Julemærket are a set of stamps / stickers / seals sold in December to raise money for charity, and are very popular since they are used to send Christmas cards to family and friends.

Christmas parties are held from November 1st through to the 24th December. 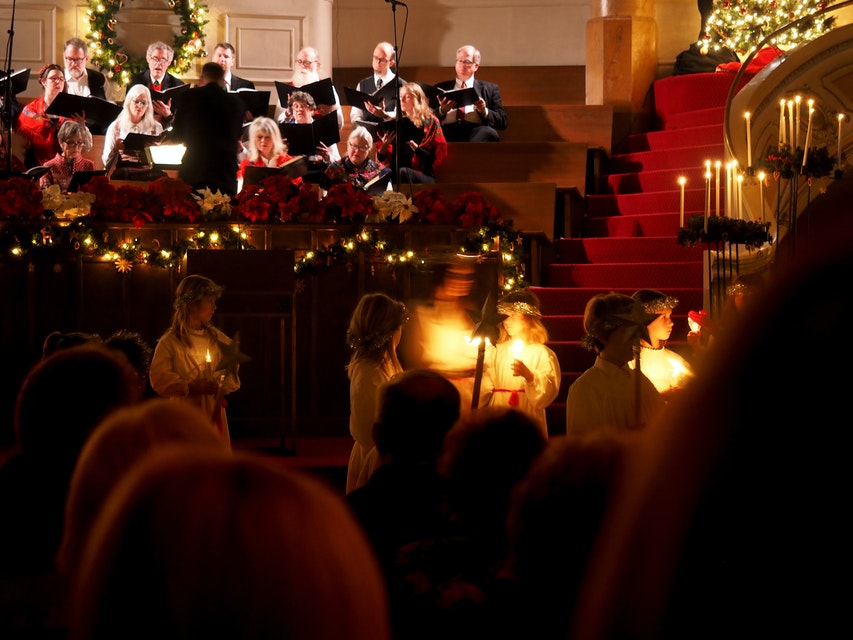 Most people will go to a church service at about 4pm on Christmas Eve, and it is a tradition to give animals some food on Christmas Eve so people might go for a walk through a park or woods with some food for the animals.

Children believe that 'Julemanden' brings them their presents. He looks very similar to Santa Claus, travels with a sleigh and reindeer, lives in Greenland and likes rice pudding! He is helped by 'Nisser' which are similar to elves.

People get together to make cakes and biscuits with gingerbread and vanilla cookies being especially popular.

The meal will usually include roast duck, goose or pork, served with boiled and sweet potatoes, red cabbage, beetroot and cranberry jam / sauce.

The dessert is commonly a 'ris á la mande' which is a special kind of rice pudding, made of milk, rice, vanilla, almonds and whipped cream.

All of the almonds but one are cut into pieces and whoever finds the whole almond gets a 'Mandelgave' (almond present) which was traditionally a marzipan pig although now it is usually just a toy or sweets.

The meal on Christmas day is a big lunch with family, and consists of Danish sandwiches on rye-bread.

Our next stop as we look at how Christmas is celebrated around the world is Egypt.