We can all breathe the long sigh of relief now that Dry January is over!

According to the charity, Alcohol Concern, 1 in 6 Britons attempted Dry January in 2016 and with that, 79% of participants saved money, 62% had better sleep and more energy and 49% lost weight!

However, we’re sure 100% of the participants are thankful it’s over and are chomping at the bit to get to the nearest Horse and Groom for a large glass of Sauvignon Blanc now that February has hit.

To celebrate the completion of Dry January, why not check out one of these great British pubs - all of which have recently won top awards.

This charming pub is 350 years old and boasts a relaxed atmosphere, a simple, seasonal menu, homemade sloe gin, a large wine by the glass list and a beautiful garden, complete with hay bale seats and a vegetable patch.   [caption id="" align="alignnone" width="300"] 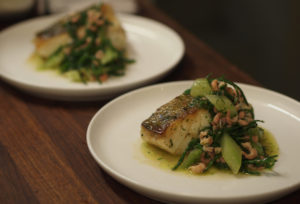 The Marksman offers menus focused on the best of British seasonal food[/caption] The first pub in London to be named Michelin Pub of the Year, rising to the top of around 500 other potentials. It’s been hailed as ‘a proper neighbourhood pub’, but it is so much more than that! Not only just a pub (with a fabulous jukebox), it also has a dining room (with mouth-watering, top quality menus), is available for private hire (from parties to dinners) and hosts an array of brilliant events and occasional live Sunday Music Sessions.   3. The Bull in Ditchling, East Sussex won the award for ‘Great British Pub of the Year’ in the Great British Pub Awards in October 2016. [caption id="attachment_500" align="alignright" width="204"] 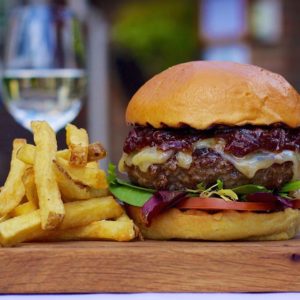 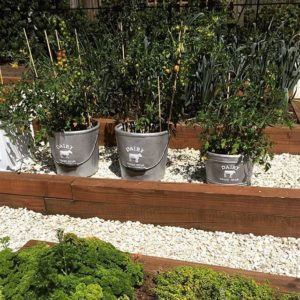 The Bull's pub garden[/caption] They won this title on the basis that they are ‘a stunning pub, offering great beers, great atmosphere and great food.’ The Bull is an AA 5 star rated inn and has also been awarded Rosettes for their excellence in food and service.   This relaxed pub stands on an old coastal road and as well as growing some of their own ingredients, their menus are heavily influenced on the area around them. They have held a Michelin star since 2008 and the pub has been described as ‘one of the most outstanding eateries in the UK...The gastro pub is a monument to the chef’s dedication and skill.’   With two of the top pubs in Sussex, we know where we’ll be taking a trip shortly. With wine winning the top spot for the most loved alcoholic drink in the UK and beer in close succession, why not check out a few of our most popular beer and wine hampers. Maybe we’ll give Dry January a go next year…