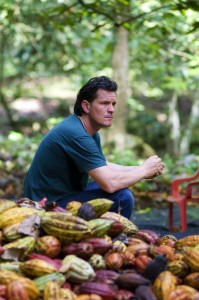 Willie Harcourt-Cooze has redefined how millions of people worldwide think about chocolate. That real chocolate can have such depth and variety of flavour, is something most people have never dreamt of. “When people eat our chocolate it’s like a light going on, as the chocolate melts and the realisation dawns that all this flavour comes simply from the cacao,” explains Willie.

Willie achieves this because he makes all his chocolate from ‘bean to bar’ using only the world’s great single estate cacaos which he sources directly from the farmers. Like fine wines, they have remarkably different flavours, one might taste smooth and nutty another of summer fruits.

It is all about flavour so Willie uses only the best natural ingredients– raw cane sugar, unrefined cocoa butter and organic ingredients like milk, fruit essences and raisins. 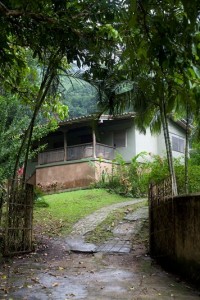 Willie's dream of making the world’s best chocolate
was born on his Hacienda El Tesoro, high in the Cloud Forest in Venezuela, where he has farmed cacao for over a decade. His often dramatic journey from his farm to setting up the factory from scratch, was followed in two Channel 4 television documentaries that have since shown around the world. 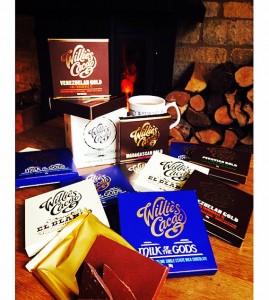 Willie’s chocolate is so good we’ve included it in many of our hampers, we really love the Milk of the Gods milk chocolate, which we include in many of our Luxury Christmas Hampers and Traditional Hamper range and his Five Wonders of the World chocolate selection box. If you’d like to learn more about Willie’s Cacao you can visit their site at www.williescacao.com