Where's the Turkey? - How the World Enjoys Christmas Dinner - The British Hamper Company

Where's the Turkey? - How the World Enjoys Christmas Dinner

Japan: Until the 1970’s Japan didn’t really have any Christmas traditions especially as it’s not a national holiday there. Takeshi Okawara, the enterprising manager of the first KFC in Japan which opened in 1970, overheard an expat saying they couldn’t find a turkey to cook for Christmas dinner. Okawara decided to take it upon himself to give expats and tourists the next best thing – a party sized bucket of fried chicken.

By 1974, the Christmas party barrel went national. The bucket now contains fried chicken, Japanese Christmas cake - a sponge cake decorated with strawberries and cream, and a bottle of champagne or wine.

The tradition took off almost immediately with locals and it has become so popular that the Christmas bucket has to be ordered in advance, otherwise you could see yourself waiting in a queue for up to 2 hours!

Italy: A tradition in Southern Italy and also one Italian-American’s follow is La Vigilia or The Feast of the Seven Fishes. This is a Christmas Eve celebration to commemorate the wait for the midnight birth of Jesus. This dinner includes seven types of fish or seafood all prepared in different ways. Meat is not included as Christmas Eve is a day of fasting.

Christmas day is usually a meat-based lunch which can last for hours. Lunch usually begins with antipasto of cheeses, meats and olives. The first course is usually pasta – in Southern Italy they usually have baked pasta whilst in Northern Italy - Bolognese and filled pasta such as ravioli are the traditional Christmas day starters. The main course follows this, which is usually a meat feast of roast lamb, veal or poultry, braised beef and even sausages.

For dessert they usually enjoy Panettone, an Italian sweet bread loaf flavoured with orange and lemon zest and contains raisins. There are different variations of this dessert – some with chocolate or some just plain and this element has become a popular addition to Christmas here in recent years.

Poland: The main Christmas meal in Poland usually falls on Christmas Eve when the first star in the sky appears. There are usually 12 dishes served on the table. For Catholics, this honours the 12 disciples.

There is no meat in this meal as  it is a Polish tradition that it's bad luck to eat meat at Christmas dinner, also Catholics usually fast on Christmas eve.

Dumplings or pierogi are usually served stuffed with either mash potato, cheese or sauerkraut. Traditionally, these dumplings are boiled, but now they are usually fried and are served with different toppings such as melted butter or fried onions.

Beetroot soup is an important dish and it's essential to have it with the Christmas meal, however if some people really don’t like it, they have mushroom soup instead.

Households usually have an empty plate at the table in case of an unexpected guest. They believe that no one should be alone or hungry at Christmas, so they are very welcoming to anyone who knocks on their door.

Australia: Having a BBQ on Christmas day might seem odd to most of us who are having a cold winter, however Australia is at the peak of its summer for Christmas, making BBQ’s appropriate for the occasion.

A traditional Christmas BBQ in Australia consists of everything grilled, from steaks to sweet potatoes to fish. Also, to avoid the heat, some meats and vegetables are served cold.

For dessert, Australians want something refreshing to eat which is why Pavlova is a traditional Christmas dessert as the fruit is very refreshing. Another favourite is a classic trifle. 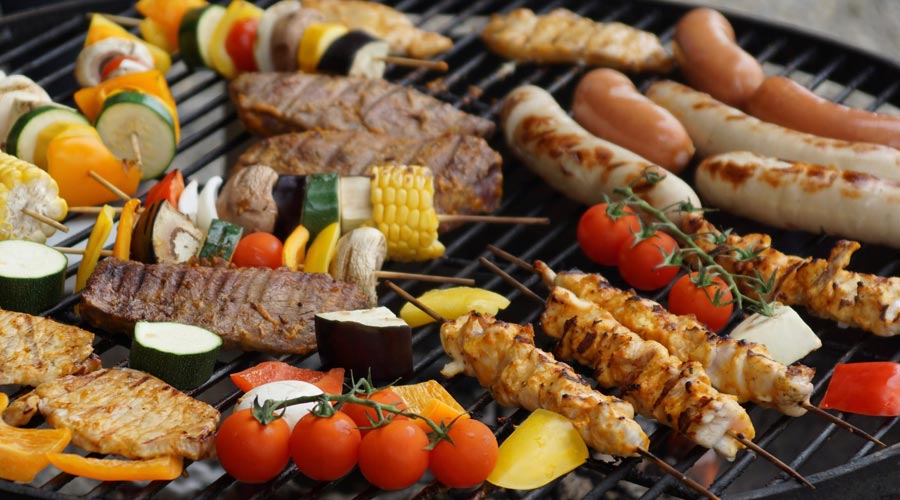 Cyprus: Traditionally in Cyprus, Souvla (big chunks of lamb or pork) is roasted in the oven or on a spit. This is then served with potatoes and salad.

For dessert, there are Kourabiedes, a light shortbread with almonds, sometimes flavoured with rose water which are rolled in icing sugar, still hot for the icing sugar to stick to the biscuit. Melomakarona are also for dessert, a Christmas honey biscuit stuffed with dates and nuts. After being baked, they are drenched in hot syrup and are then decorated with pieces of chopped walnut. A more modern take on this biscuit is to cover it in dark chocolate.

Netherlands: A typical Dutch Christmas tradition is called Gourmetten, a tradition whereby people sit at a table and cook their own dishes in small pans on a large hot plate. The host will prepare finely chopped vegetables, different types of meats, fish, salads and sauces. Guests then cook their own small meals with as much seasoning as they’d each like.

The Dutch enjoy a roast for Christmas dinner too. If cooking their own meal at a table isn’t their thing, the host will prepare either roast beef, duck or rabbit to be served with different vegetables. In more recent years, roast turkey for Christmas has become more popular.

Joulupöytä is comparable to Swedish Julbord as they are both buffet-like meals with hot and cold dishes. 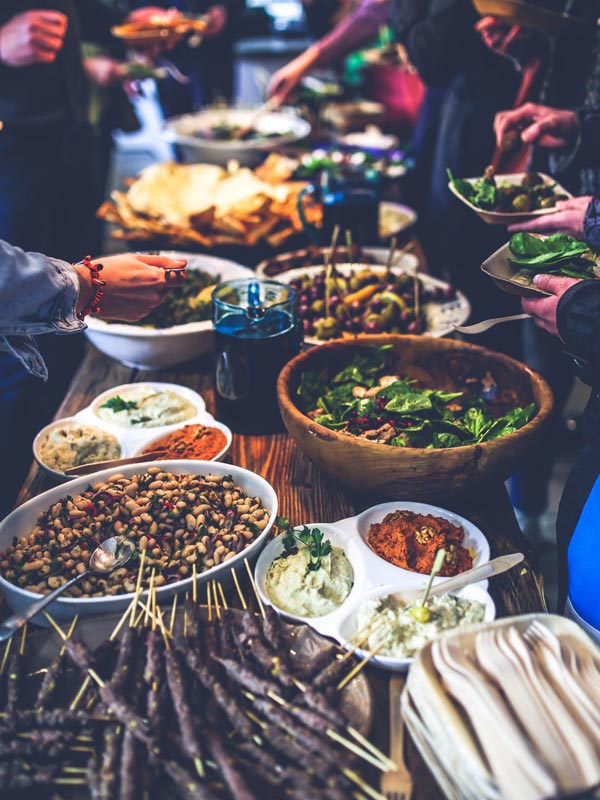 Denmark: Christmas dinner is usually eaten on Christmas Eve, and the most popular meat is roast duck, however other meat such as pork and turkey are also eaten. The meat is usually served with boiled potatoes, red cabbage and lots of gravy.

For dessert Risalamande, or rice pudding, is enjoyed with cherry or strawberry sauce and one usually has a whole almond inside. The lucky person to find the whole almond gets an extra Christmas present, also known as the ‘almond gift’.

Christmas dinner may be different around the world, but one thing is the same – it’s all about family and close friends, because Christmas without them wouldn’t be Christmas.