Christmas Around The World - Guatemala - The British Hamper Company

Christmas Around The World - Guatemala

We leave Greenland and their Christmas traditions to travel south-westerly for 6948km, where we find ourselves in Guatemala.

The population is much larger in our latest location with 17.7 million people and is the most populous country in Central America. The origin of the name Guatemala is disputed and could refer to the Aztec for "land of many trees" which nods towards the rainforests or the word Guhatezmalha meaning "mountain of vomiting water" relating to the country's volcanoes.

A string of 27 volcanoes stretch across the southern part of the country from Mexico to El Salvador.

So how do people in Guatemala celebrate Christmas?

The Christmas festivities begin on 7th December with La Quema del Diablo (the Burning of the Devil), followed by the Feast of Immaculate Conception on 8th December and through to Christmas on 25th December.

Most of the population are part of the Christian faith of varying denominations. The largest group has been Roman Catholic but this is changing quite quickly as the rise of Protestantism continues within the country.

Most families will build their own ‘Nacimiento’ (nativity scene) to put under the Christmas Tree. A key part of the Guatemalan Nativity scene is the use of brightly coloured sawdust. Lights and a lot of tinsel are used to decorate the outside of houses, along with lambs made from Spanish moss and pine needles. 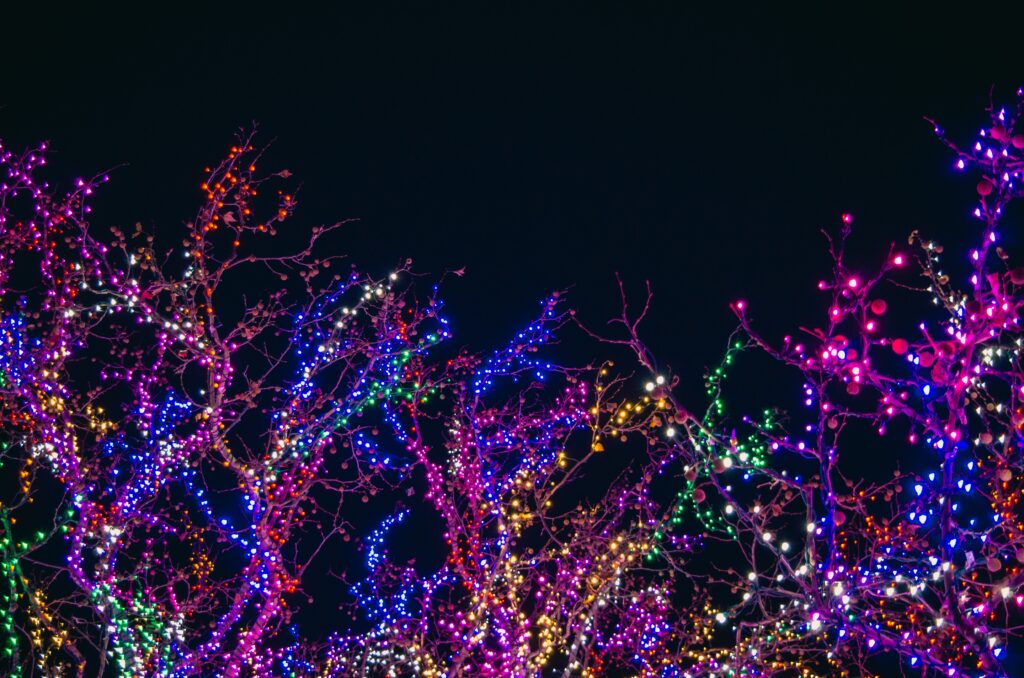 Photo by Jonathan Meyer from Pexels

There are over 20 different ethnic groups in the country with slightly different traditions, but many will participate in the following customs.

At 6pm on December 7th the ‘La Quema del Diablo’ (the Burning of the Devil) takes place where a model of the devil is burnt on a bonfire which symbolises a release of negative energy and bad things from the previous year, it’s also the official start of the Christmas celebrations.

After the burning of the devil, there’s also the procession of Immaculate Conception which is when a large, beautifully decorated float of the Virgin Mary is carried (usually by 6-8 people or pulled by a vehicle) around town followed by songs and a mass.

8th December is the Feast of the Immaculate Conception which is a holy day for Catholics around the world.

12th December is a celebration of the Virgin of Guadalupe where many children will wear their traditional clothing and do a procession with sparklers and a float of the Lady of Guadalupe.

From December 16th – 24th is Las Posadas which celebrates the 9 months that Mary was pregnant with Jesus. During these 9 nights, a wooden float of Mary and Joseph is carried to 3 different houses; the first two houses allow in a part of the procession who perform a dialogue and turn away the people carrying the float (to symbolise Mary and Joseph being turned away from the inns), and then the third house will allow everyone in and serve food and drinks, placing Mary and Joseph by their nativity scene to be collected the following night (on the final night of the procession a baby Jesus is added at the third house).

On the midnight of Christmas Eve, people let off many fireworks and firecrackers to celebrate. The family will then gather around the Christmas Tree to pray and then they’ll open gifts shortly after midnight. Also on Christmas Eve is the Mass of the Rooster which is preceded by a procession with a float of the Holy Family which is then carried into the Church at 11pm signalling the start of the mass that lasts until midnight.

The main dishes can be a variety of things depending on the family’s ethnic group but most meals will include some Guatemalan tamales which are usually made of corn, rice or potatoes. People will then add whichever extras they prefer like olives, prunes, peppers, chicken or pork.

Our next Christmas celebration destination is Haiti.